Virginia Tech sports fans are familiar with the posters handed out at sporting events, the souvenir cups collected at concession stands, and the retired jersey banners hanging up at Lane Stadium and Cassell Coliseum. What most Hokies don’t know is that the designs on these items were created by one of their own.

That graphic designer is Clark Ruhland.

Ruhland, a 2007 communication graduate from Virginia Tech and a native of nearby Blue Ridge, Virginia, got his start in graphic design from a childhood video game he would spend hours playing.

“There was an old NASCAR game called NASCAR Racing 2,” Ruhland said. “It was a simple game in the 90’s, but it had a paint shop where you could paint your own race cars. It was a simplified program embedded in the game. You could make logos and that kind of stuff and I had fun with that. That’s how I first learned to do any kind of graphic design.”

What began as an enjoyable hobby morphed into something later to show off his Hokie pride. He designed computer desktop wallpapers with the football schedule for fellow fans, and continues to do so every year. While he covered Virginia Tech sports for the Collegiate Times and interned with the The Roanoke Times and WDBJ-7 as a student, Ruhland formed a number of connections that brought about his first major graphic design opportunity with the Hokies.

In 2010, Brent DiGiacomo from the marketing department of Virginia Tech Athletics emailed Ruhland asking whether he wanted to help create the baseball team’s poster and schedule card. It was Ruhland’s first introduction to designing materials for the university.

“I said absolutely, I would love to learn how to do that,” Ruhland said. “The baseball team was really happy with how it came out. One thing led to another and I was doing stadium cups and posters for different sports teams. T-shirt designs like the Cassell Guard and White Effect, I did those for a while. You name the sport, I probably did the poster at some point.

“It was a blast not only to work on that kind of stuff and collaborate with photographers like Dave Knachel, but also to see the designs printed and up on the walls at PK’s or Sharkey’s or whatever. I’ll see a poster hanging on a wall and think, Hey, I did that. That’s kind of cool.”

Now, Ruhland does most of his independent graphic design work with Virginia Tech Athletics equipment. He’ll make t-shirt designs, uniform mockups, and logos. He’s even been creating posters for years that no one but members of the Hokies’ football team sees. Those posters are hung in the locker room on game day to display the rundown of what color socks, wristbands, and other accessories team members should wear.

“Clark is always one of the first people I speak to when design is involved,” said Erik Lewis, senior director of equipment services. “He has such a passion and knowledge of Virginia Tech’s athletic history, and that really shows in his work. When I throw half ideas, suggestions, or even just very basic details at him, he can turn the bare minimum into the full package and vision that best suits the project. I’m incredibly grateful that he is always willing to help and share his ideas and talents with us.”

One design project still fills Ruhland with the greatest sense of pride.

“I grew up going to Tech football games, and I knew Frank Beamer’s impact on this area and this state is immense,” Ruhland said. “I thought about using different poses of Coach Beamer throughout the years. Everybody always remembers that 1999 moment when the Hokies beat Boston College and everybody rushed the field. He went up on the drum major stand, raised his fist in the air, and yelled, ‘I want to see you in New Orleans!’ I knew that was the moment to use.”

All of Ruhland’s graphic design pieces can be found on his personal website, cruhland.com, which includes his famed uniform builder page, a section where fans can create more than 8 million Virginia Tech football uniform combinations.

“I love telling people to carve out some time because you’re going to be wasting a lot of it doing the uniform builder,” Ruhland said with a laugh.

Today, Ruhland’s main job finds him as the communications specialist for the City of Salem. It’s a post he’s held for a decade, and one that was also possible through relationships he cultivated as a Virginia Tech student.

Ruhland started his internship at WDBJ-7 in 2005 by impressing the sports director at the time, Mike Stevens.

“At the time, WDBJ had an inordinate number of talented reporters and photographers on staff,” said Stevens, a 1983 Virginia Tech communication graduate. “They all liked Clark because he was willing to learn and didn’t walk in the door pretending he already knew everything. The sports team gave Clark a lot of responsibility because we could tell he was serious about gleaning as much as he could in a short time.

“His internship was a huge success and he also worked many years as a statistician for Friday Football Extra. While many people his age were wrapped up in the social scene every Friday night, he knew gaining valuable frontline experience would pay off down the line.”

When Stevens moved on from the broadcasting business after 25 years to work as director of communications for the City of Salem, he knew there was one man for the job when a position opened in the two-person department.

Stevens called up Ruhland to apply for the position and the rest is history.

“We just work really well together in the creative process, and we both accept input from each other with ease,” Stevens said. “I’m not going to say we complete each other’s sentences like some married couples do, but we are pretty close. Clark’s strength is definitely as a graphics designer and most people think of me as a talker, but we think of each other as jacks of all trades and masters of none. When only two of you are responsible for all city departments and the entire school division, you cannot afford to specialize too much.”

A jack of all trades is the perfect description for Ruhland. Beyond his graphic design work for Virginia Tech and service in city government, he also served as the lead spotter for NASCAR on NBC for several years before COVID-19 took away the role.

Through it all, Ruhland loves giving back to the community around him, whether Virginia Tech, Salem, or the NASCAR community. It’s the joy from all these experiences that completes a Renaissance man like Ruhland.

“It’s all about relationships,” Ruhland said. “Always try to help different people with different things. That’s just my nature. I enjoy helping people. Not only that, but seeing people enjoy things I do makes it all worth it.” 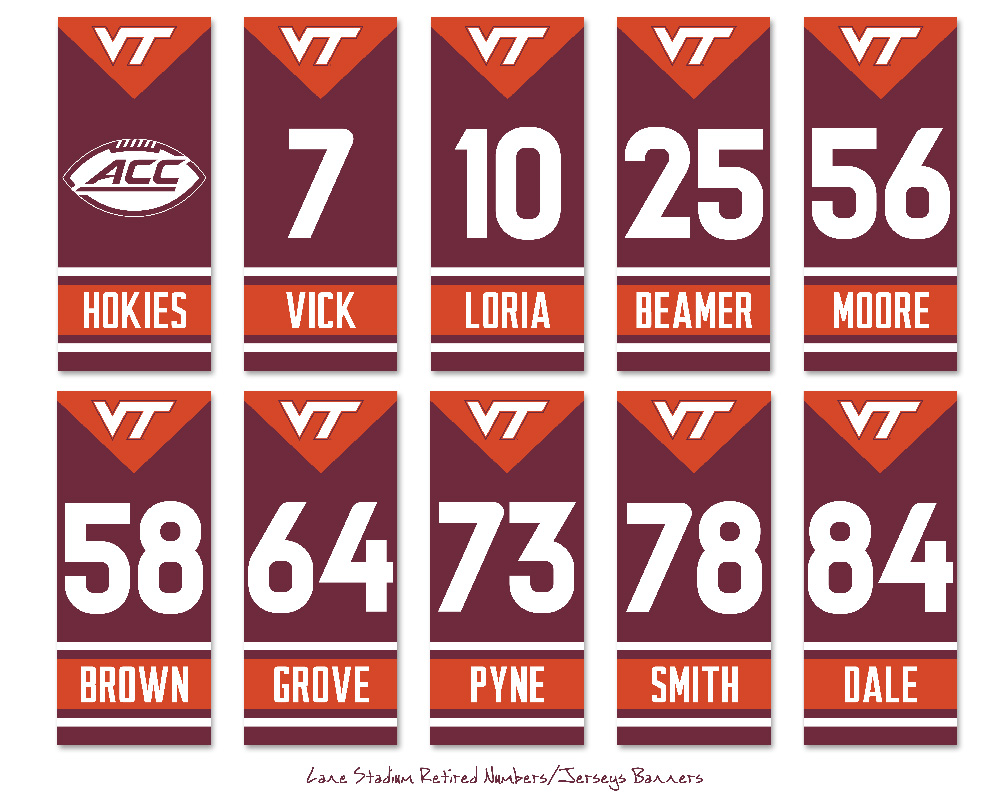