A TIMELINE OF EXCELLENCE FOR OVER 140 YEARS

Virginia Tech opened as Virginia Agricultural and Mechanical College, where military training was mandatory from all students in the form of a Corps of Cadets.

With the approach of World War I, ROTC was established at Virginia Tech.

Cadet Matthew La Porte is posthumously awarded the Airman’s Medal for his actions in Norris Hall on April 16, 2007, in which he saved countless lives at the great sacrifice of his own.

Detachment 875 selected as the #1 "Large Detachment" Nationwide by  U.S. Air Force Air Education and Training Command. Det 875 competed against 47 other large detachments and was selected for having the highest GPA and PT score among all senior military colleges.

LIFE AS A CADET

Explore the carousel below to see what being an Air Force ROTC Cadet at Virginia Tech is like!

Every Tuesday, the Cadets attend Leadership Labratory (LLAB).  At LLAB, cadets learn and refine their leadership skills through various activities:

Twice a week, cadets meet to perform workouts to improve their strength, prepare for their fitness assessment, and learn life-long fitness. Cadets are exposed to:

In addition to signing up for LLAB and PT, our cadets take a class each year taught by the Detachment cadre. Classes are 1 credit hour before Field Training and 3 after. The class you'll take are as follows:

The Armed Forces Special Operations Prep Team (AFSOPT) at Virginia Tech is an elite fitness organization that specializes in the training of Air Force cadets for their desired special operations communities. AFSOPT’s motto ‘mentally, morally, physically’ epitomizes the importance of major qualities in the special operations field as well as the standard they hold themselves to. They represent those who have gone before them amongst their distinguished alumni; from Air Force Combat Rescue Officers to Navy SEALs, AFSOPT proudly trains their members both in the water and on land while setting the pace for physical and mental fortitude.

Air Force Flyers is an organization that is focused on the advancement of aviation knowledge for cadets to better prepare for pilot careers in the Air Force. They teach an abbreviated ground course to supply cadets with a base of information and also instruct cadets on a professional flight simulator to allow cadets to gain a sense of what it feels like to be in the cockpit. Lastly, Flyers is devoted to officer outreach, specifically rated officers who are willing to spread their wealth of knowledge to tell the cadets what it is actually like to be a pilot in the United States Air Force.

Virginia Tech's Arnold Air Society chapter is back and has been renamed the Thomas C. Richards Squadron. Their mission is to serve the community, create professional connections across the globe, and to provide scholarship and internship opportunities to their active members. They fundraise to send their cadets to conferences locally and nationally to represent Virginia Tech on a larger scale and to promote tremendous relationships with other detachments as well as the Arnold Air Society headquarters. Thomas C. Richards Squadron is fairly new, but ready to aim high in achieving their mission. 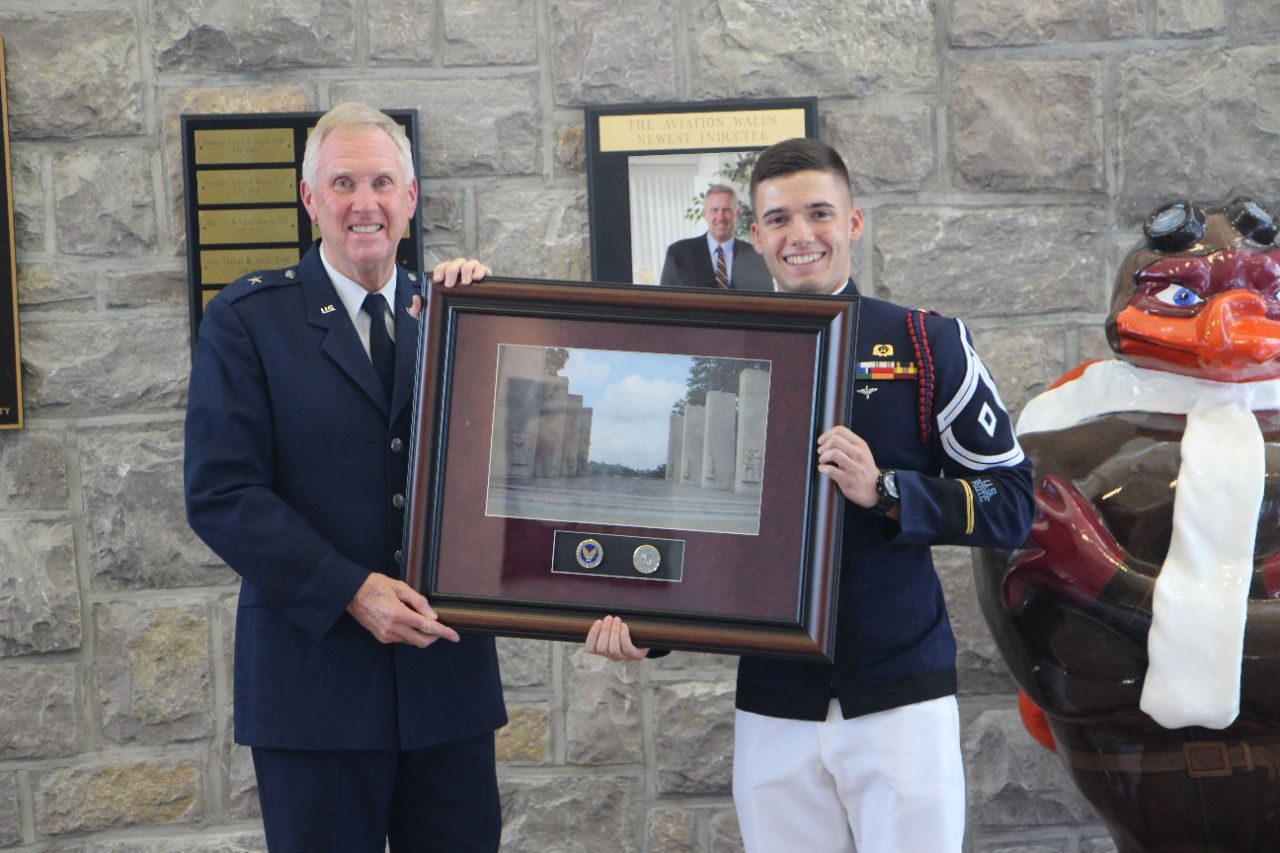 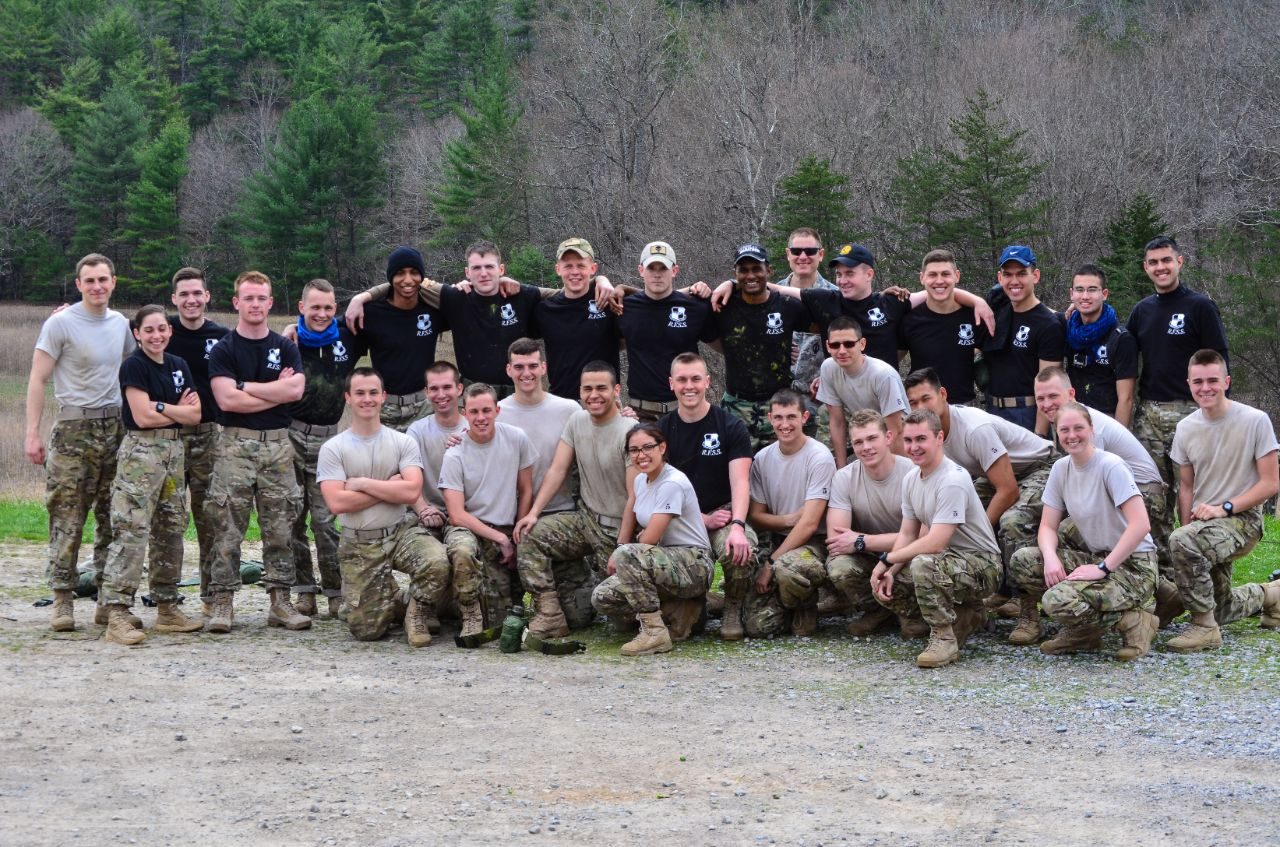 Robert Femoyer Service Squadron (RFSS) is an organization based on the ideas of service, professional development, and the augmentation of future United States Air Force officers. It is named for Medal of Honor recipient Second Lieutenant Robert E. Femoyer, who displayed incredible self sacrifice and service to others in his actions while serving as a navigator during WWII. With Lieutenant Femoyer as an exceptional example, each member of RFSS seeks to serve the community, grow as a professional, and develop leadership skills and characteristics which will one day enable them to become premier Air Force officers. Consectatio Excellentiae, or the “pursuit of excellence”, is the RFSS motto and the standard for which each cadet strives in every endeavor they make.

Throughout the year, cadets may have the opportunity to volunteer for base visits.  When visiting, cadets get to experience many of the different missions of the Air Force.  Often, they get hands-on demonstrations of jobs such as construction, EOD, and various other career fields.

All cadets take the Fitness Assessment (FA) once per semester. The FA is divided into three events, with height/weight and waist measurement also factoring into overall scoring:
Air Force Physical Fitness Standards

The Air Force Officer Qualifying Test (AFOQT) is a standardized test that measures verbal and math aptitude (similar to the SAT and ACT) as well as additional aptitudes relevant to specific career fields (e.g., perceptual speed, spatial rotation, aviation knowledge). All cadets must take the AFOQT, usually during your sophomore year. This is an individual test. Group study and sharing of any study materials or information is not allowed.

For more information about the AFOQT, click here to visit the Air Force ROTC AFOQT page.

The Test of Basic Aviation Skills (TBAS) is a computerized psychomotor, spatial ability, and multi-tasking test battery. It is used as a tool for the selection of United States Air Force pilot and RPA pilot candidates. TBAS scores are combined with the candidate's Air Force Officer Qualifying Test (AFOQT) Pilot composite and flying hours to produce a Pilot Candidate Selection Method (PCSM) score. The PCSM score provides a measure of a candidate's aptitude for pilot and RPA pilot training. This PCSM score is provided to pilot selection board along with other "whole-person concept" information to make decisions concerning pilot candidate selection. 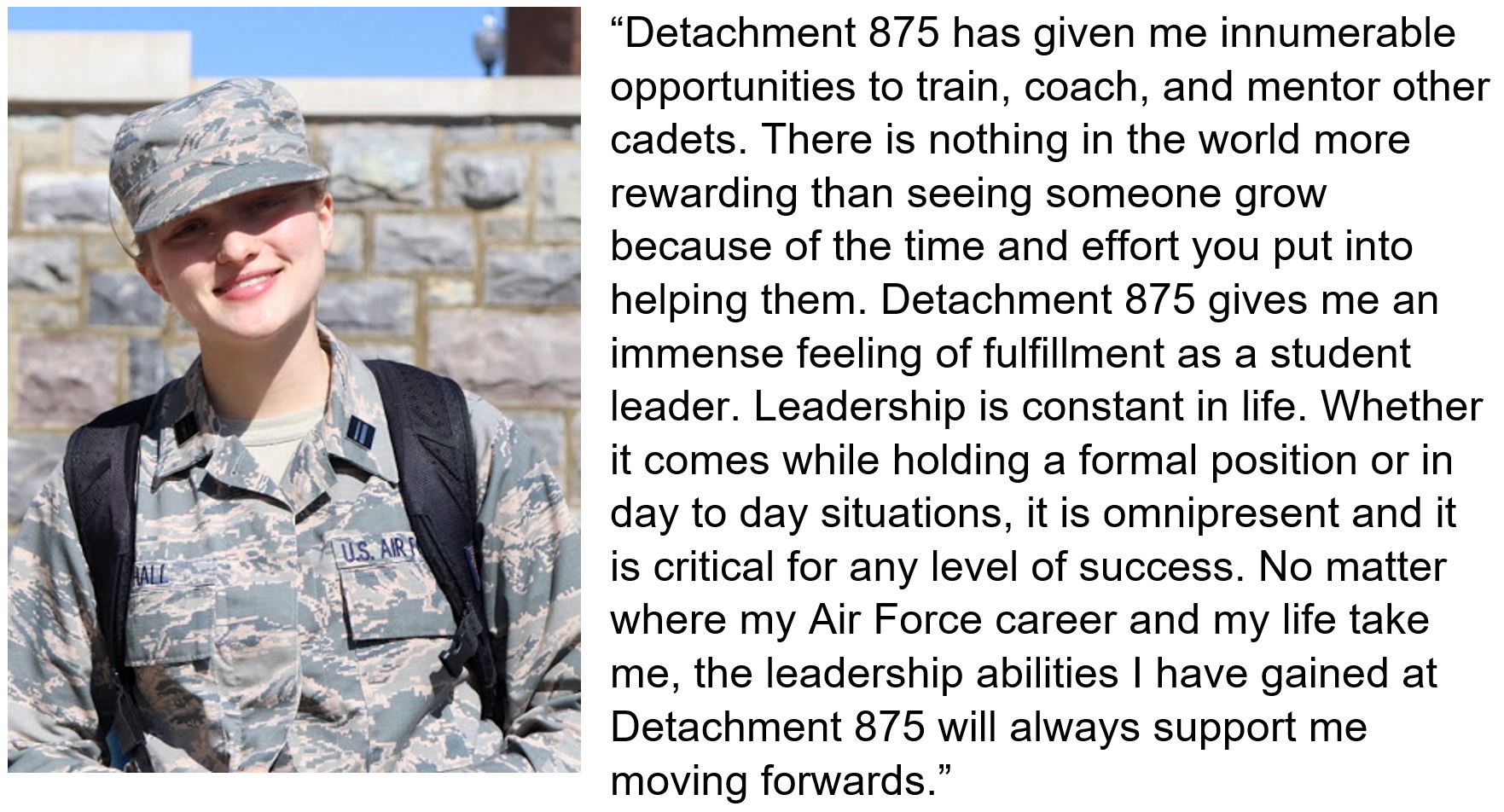 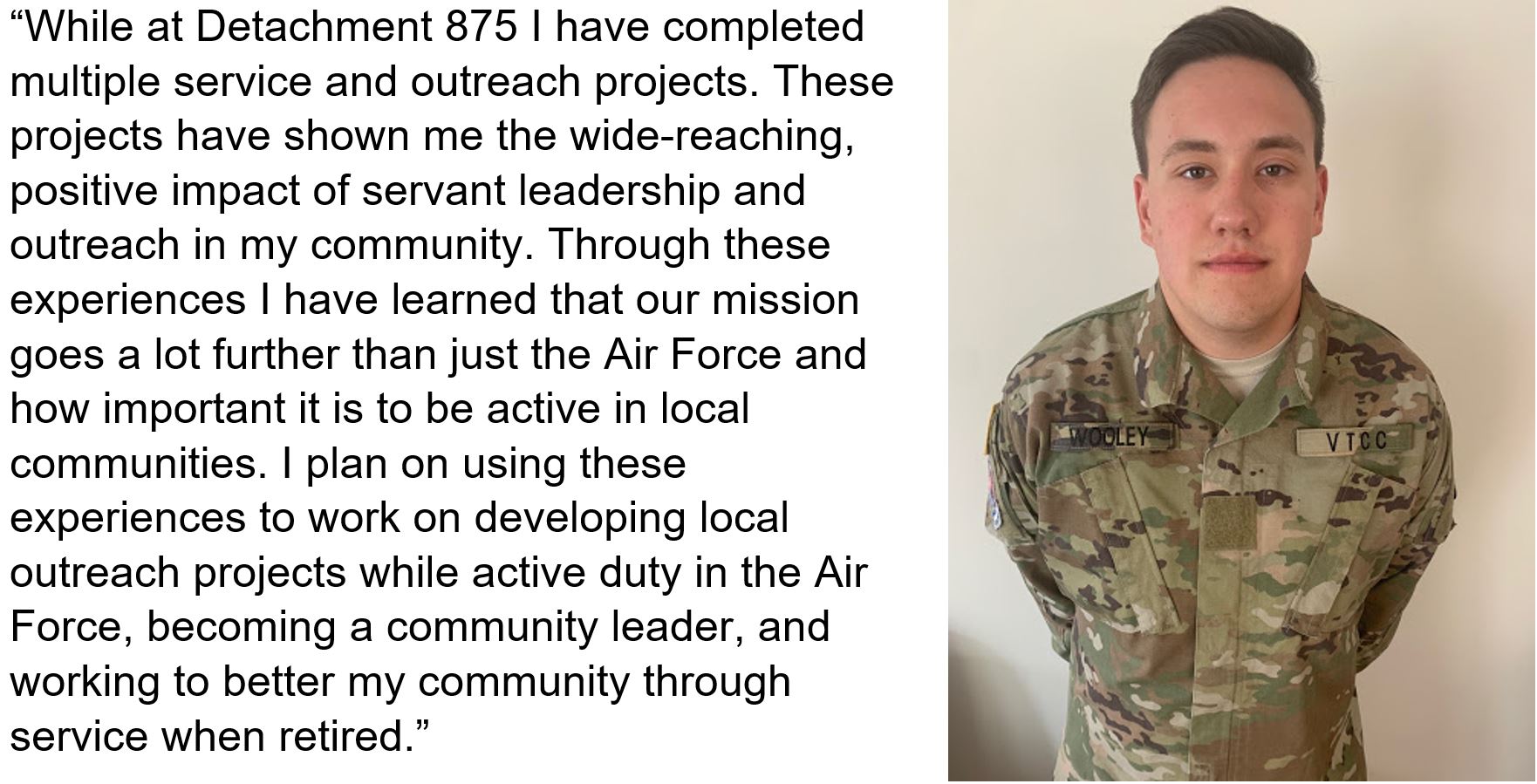 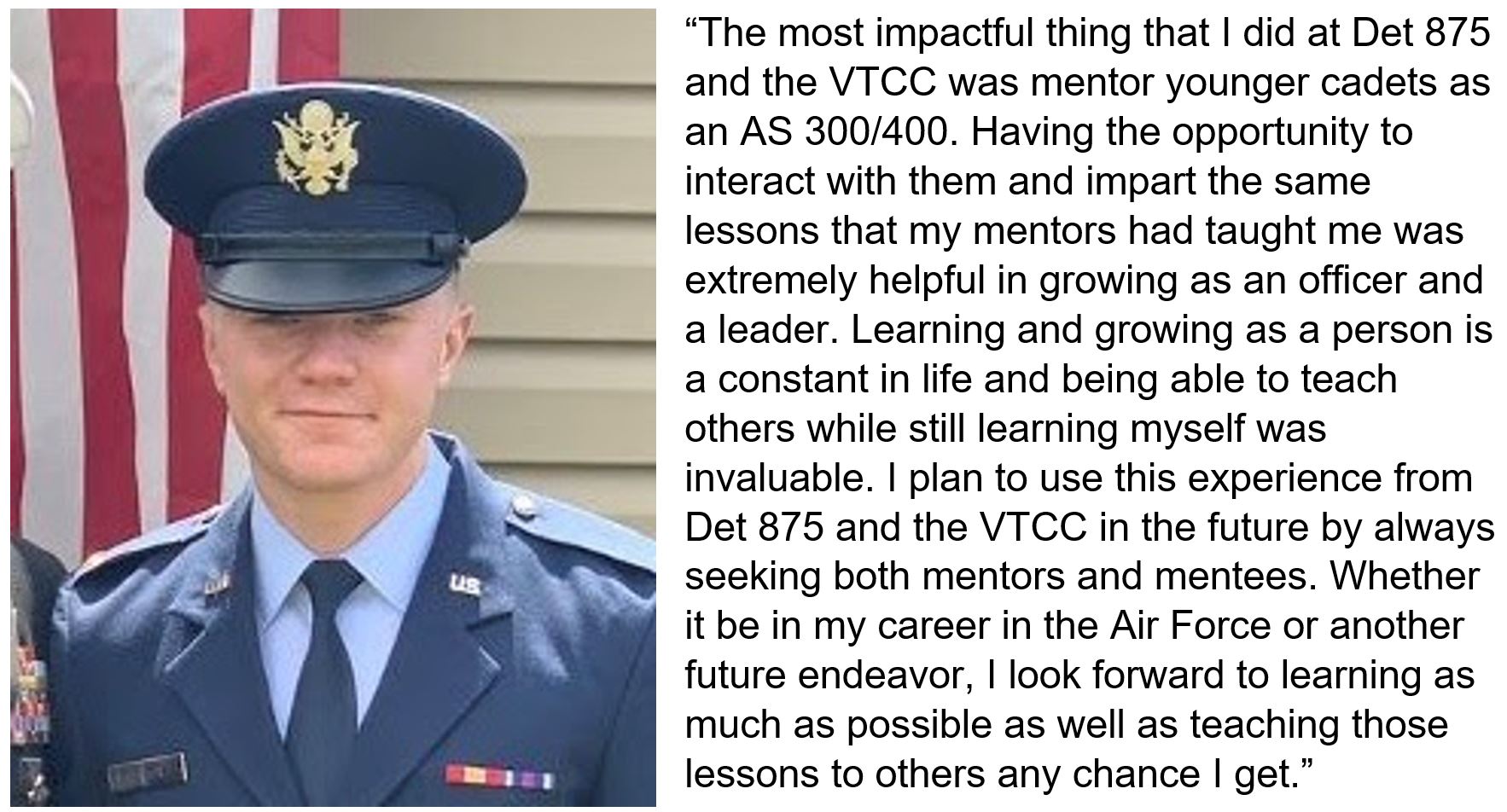 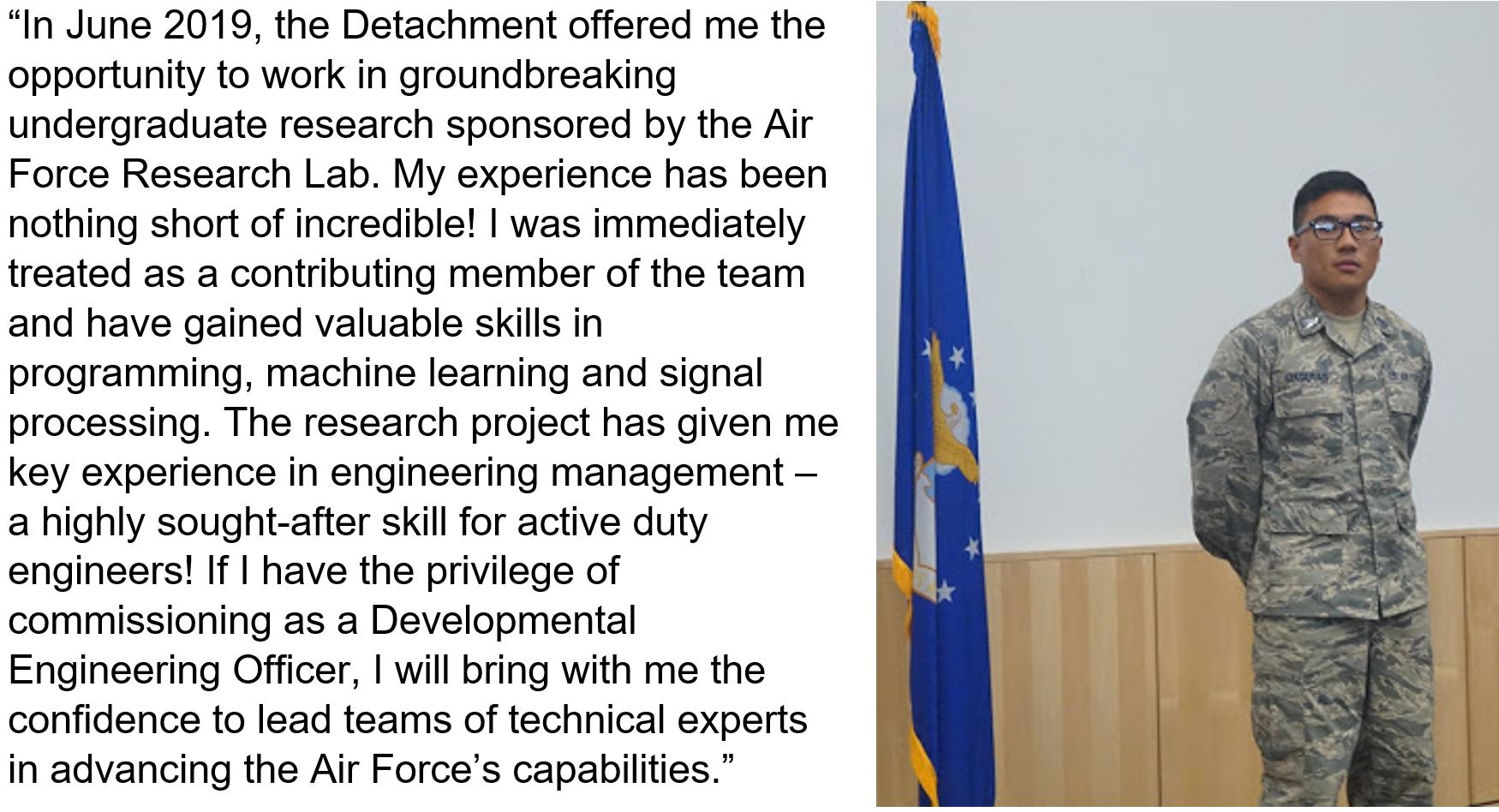 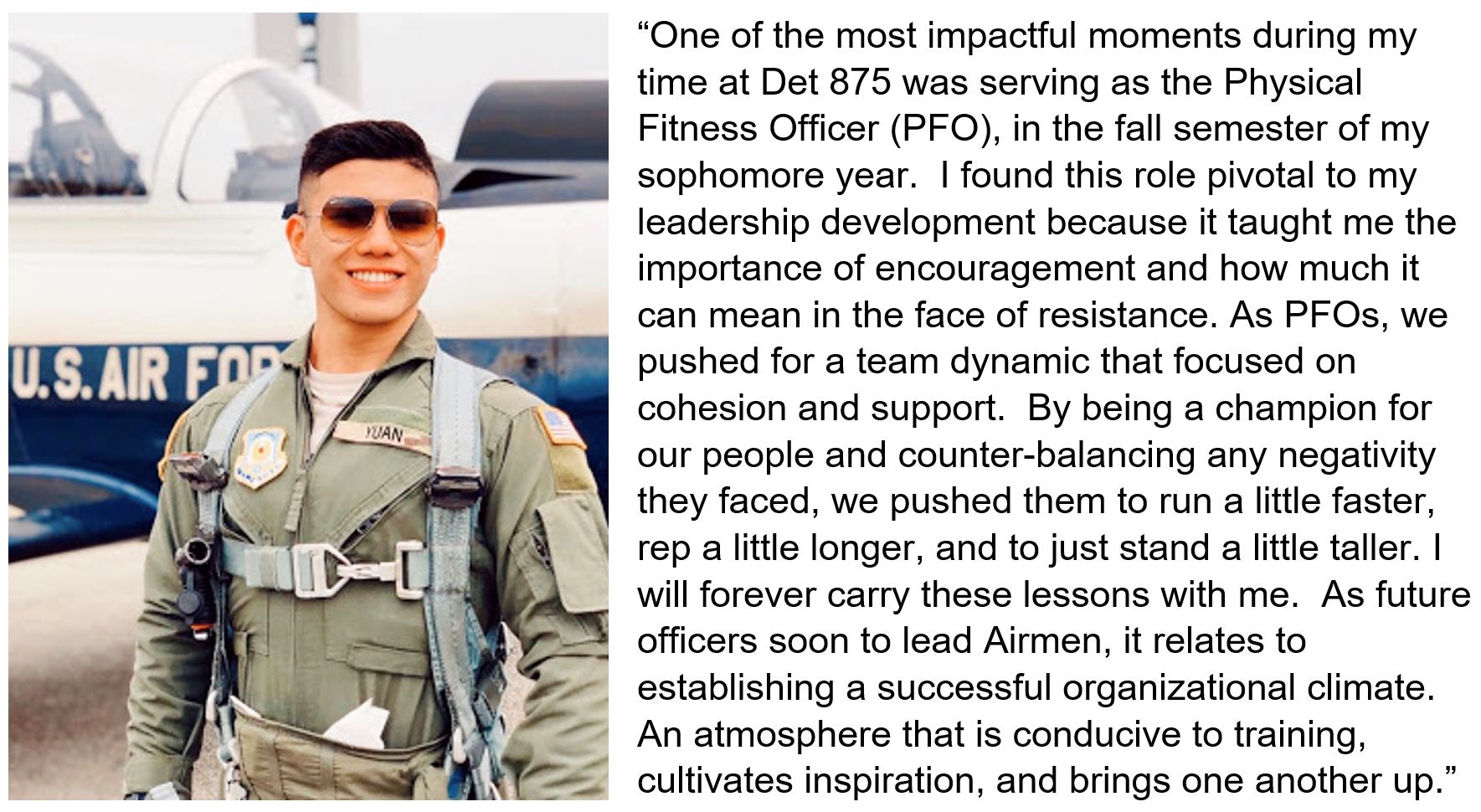 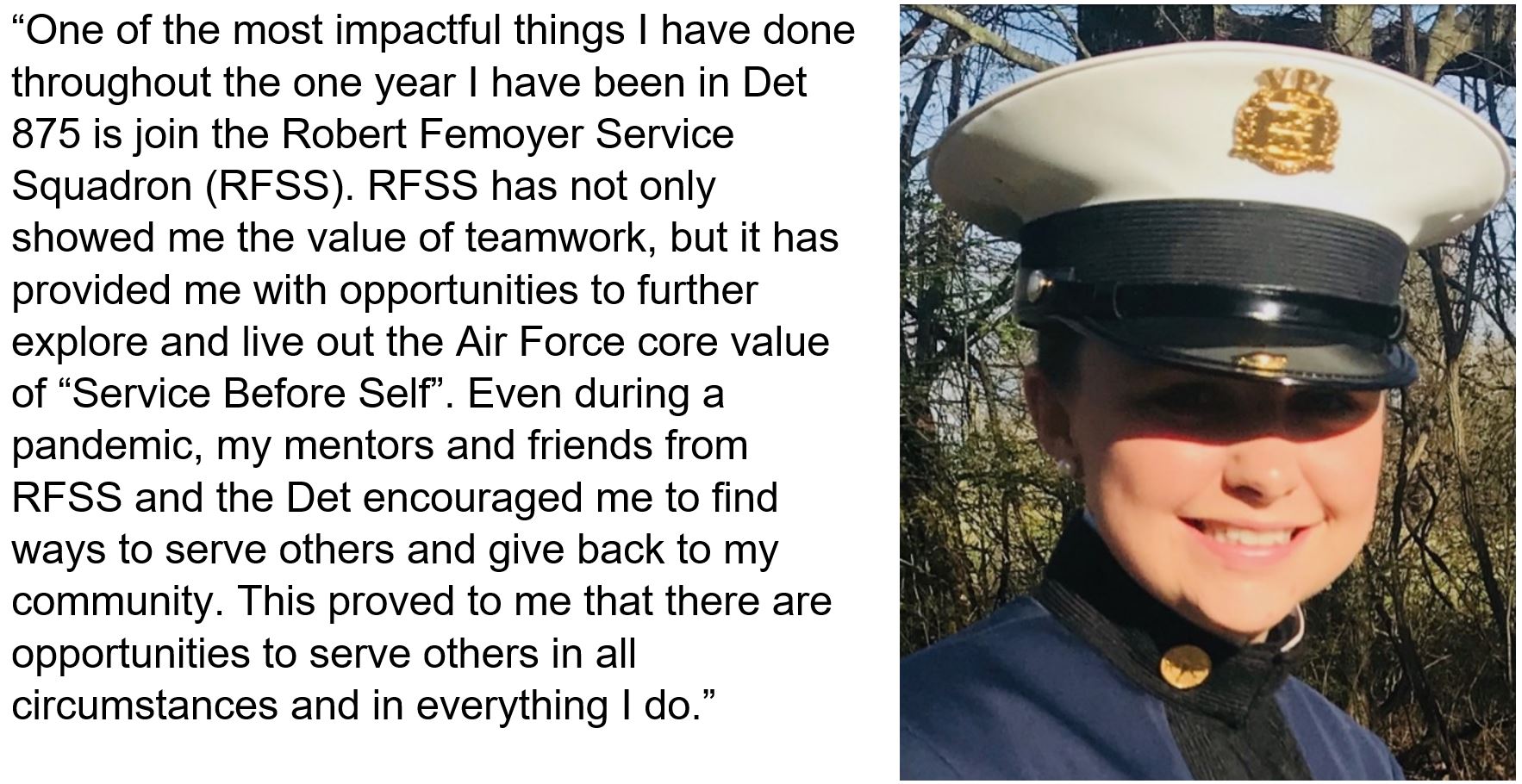 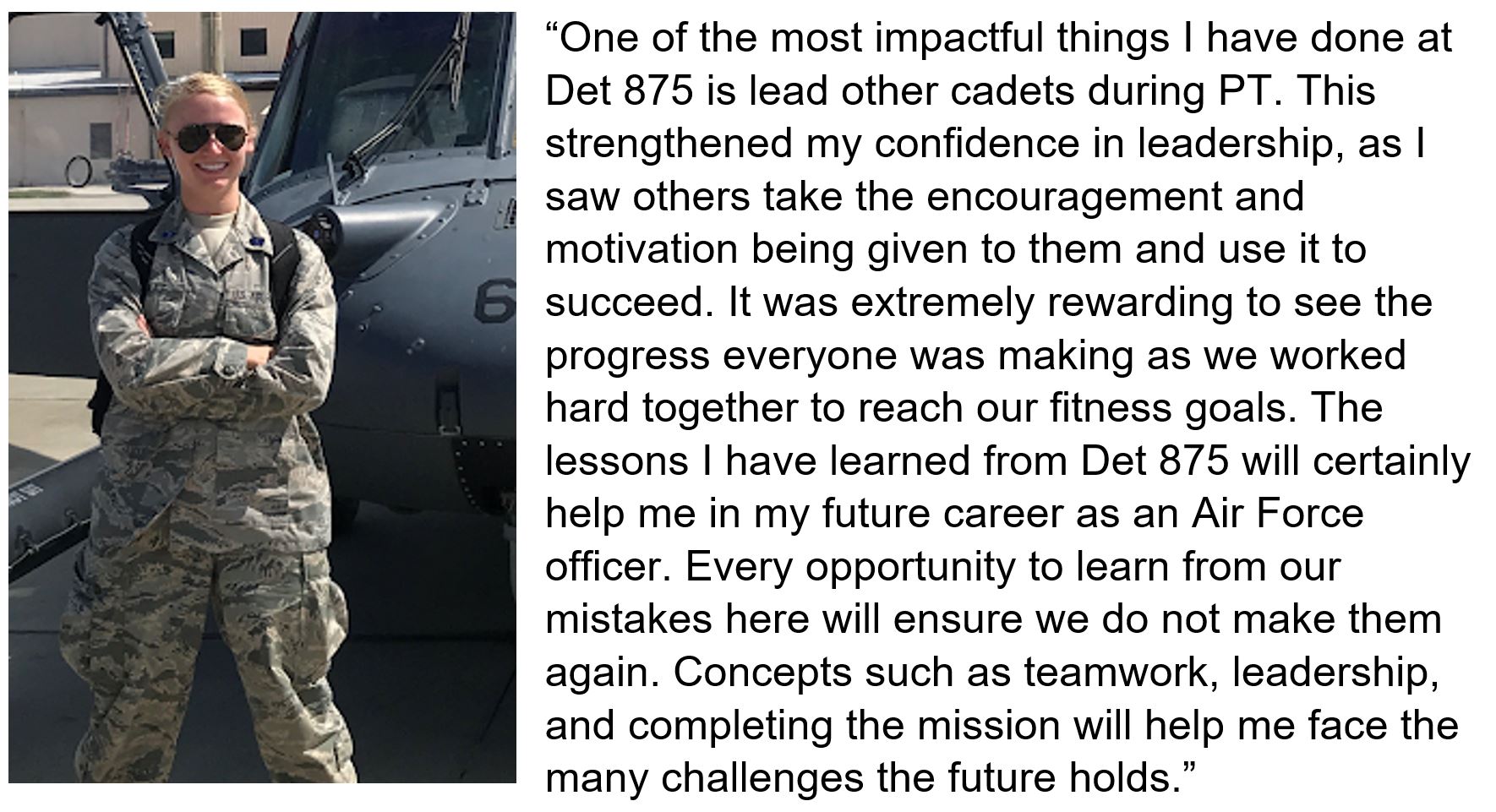 THE AVIATION WALL OF FAME

Annually, Virginia Tech Detachment 875 works closely with the Robert Femoyer Service Squadron to induct distinguished alumni into the Aviation Wall of Fame (including alumni such as General Richards and General Everhart). These alumni are hosted in Blacksburg, given cadet-guided tours of campus, the chance to have intimate meals with cadets, and ultimately honored in a ceremony traditionally held in front of the Cadet Wing. Click the links for more information!

Aviation Wall of Fame
History of the Wall